We are all about taking care of our members and improving their financial well-being. – Robert Blumberg 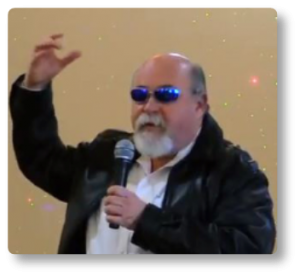 Hailing from South Africa, he has lived and worked in California, but calls Oregon home. He’s a family man. He’s a numbers man. He loves traveling, being outdoors, good food, and the Credit Union spirit. His financial background boasts top-roles with Southern Pacific Bank, First Bank of Beverly Hills, and as a matter of fact, Maps Credit Union here in Oregon.

But 2007 was the year when Mr. Robert Blumberg joined the Wauna Credit Union team, taking the helm as our President and CEO. And while it’s true that many “waun-derful” things are occurring under Robert’s guidance, here are just a few noteworthy examples from the past ten years:

And how could we forget the numbers? Let’s take a look at a then and now:

Of course, these lists barely scratch the surface; however, they are valid indicators of the innovation and growth that Robert has brought to Wauna Credit Union. And while we are certainly looking forward to another awesome ten years, let’s pause for a minute, and take a closer look at Robert’s life:

1. Growing up, who was the most influential person in your life?
My father.

2. Speaking of influence, how about musically? What was your favorite album as a teenager?
Pink Floyd – The Dark Side of the Moon.

3. We all start somewhere. What was your very first job?
RM Pharmaceuticals – They made Vicks and Oil of Olay products.

4. And what year did you first enter the financial industry?
I got my start in 1982.

5. 1982 is a world away from where you are today. Where exactly did you get your start?
I started working for a company called Century Thrift and Loan. When I started working there in the accounting department I did not even have a title.

6. Speaking of history, if you could meet anyone particularly, who would it be?
The person I would love to meet is Alan Greenspan.

7. All things considered, what would you like to talk about?
Having a conversation as to what he thinks went wrong during the last great recession in 2009. He believes in the free market and the free market will be self-policing.

8. What is your greatest hope for the Credit Union industry, presently?
Continuing to grow in market share. We are all about taking care of our members and improving their financial well-being. It is important that the insurance agency remains independent from the banks. It would be a big mistake to merge the NCUA and FDIC.

9. indeed. We talk a lot about “People Helping People” in Credit Union philosophy, but we certainly also aim to please. Altogether, what would you say is your definition of “happiness”?
You should ideally be taking an action every day to bring you one step closer to achieving of your goals. Of course, meeting my personal and professional goals gives me deep satisfaction.

10. Many awesome things have taken place under your leadership, but what accomplishment at Wauna Credit Union are you most proud of?
Building an amazing team that has taken Wauna to new heights. In fact, emphasizing each team member’s contribution and demonstrating how all of their jobs operate together to move the entire team closer to its goal are very important to me.

To sum up, reaching future goals is an exciting prospect. We thank you, Robert, for bringing us this far! From all of us at Wauna Credit Union, it’s an honor and specifically a privilege to have such a waun-derful CEO. 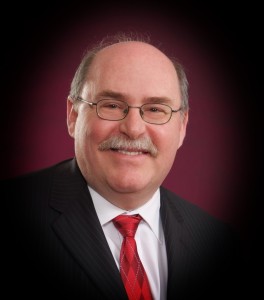