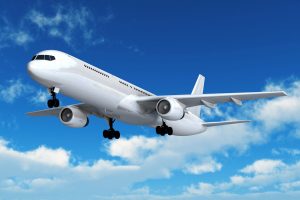 Everybody likes a summer vacation, but travel can be expensive. If you’re looking to squeeze one more getaway into your budget before summer ends, our financial aces here at Wauna Credit Union have some tips for traveling on the cheap and getting the best deals.

Go in the Off-Season

During the hottest summer months, business at popular vacation spots like Arizona and New Mexico tends to slow down dramatically. If you can take the heat, you can score some great deals at premium resorts, golf courses, and other attractions during the off-season. Just remember that the off-season is also when many of these places perform annual maintenance and major construction projects. If, for example, a pool is important to you, make sure the resort you’re visiting won’t be renovating it while you’re there.

When considering a last-minute getaway, travel packages that combine flights, hotel, and sometimes meals, can be the best deals out there. The key is to be flexible on where and when to go.

Get the App for That

These days, there’s a travel app or website for pretty much everything – including the lowest-priced flights, hotels, and travel packages. A few to consider include Kayak, Hipmunk, Momondo, Airfare Watchdog, and Skyscanner. Each has a slightly different focus, so try out several to see which ones work best for your needs. Keep in mind that some of these sites do not carry regional airlines, which often have good deals. And, when you do find a great flight deal, take a look at the airline’s website, since some deals are only available when you book direct.

Just as some deals are only available when you book direct, some travel operators offer special deals for those who follow them on social media. The best deals go fast, so follow your favorites on Facebook and Twitter, and subscribe to their promotional email lists. If you live in a smaller town, you could save by driving to a major city where flights are generally cheaper. By the same token, if you live in or are flying to a metropolis like Los Angeles, be sure to look to smaller airports like Burbank, Ontario and Long Beach. They may be slightly less convenient, but many low fare carriers favor these regional airports because their fees are often lower.

Capitalize on the Strong Dollar

If you’ve avoided historically- expensive destinations like Japan, now’s your opportunity to visit and cross them off your bucket list. The strong dollar means exchange rates are favorable, and your money will go farther. If you want to stay closer to home, travel gurus also recommend Canada, since it’s 40% cheaper than it was a year ago.