Until 1997 Oregon required personal finance classes. While schools are supposed to weave a host of things into their teaching, the reality is that most schools offer few, if any, financial literacy lessons. That means it’s up to you to teach your children important money lessons. 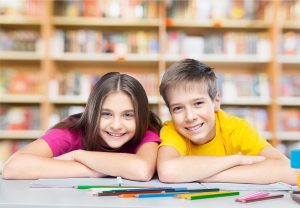 Paying the bills
Most kids don’t think about what keeps the lights on or the Internet powered at home. Talk to them about paying the bills. Explain that, if you fail to submit money every month to utility companies, there’d be no running water, TV, etc. It’s a good way to get them to start appreciating the role of money in day-to-day life.

Savings account
Introduce the concept of saving money by opening a savings account in your children’s names. You’ll have control, but they’ll start to get a sense of responsibility. Plus, they can see cash go in and out, earn interest and more. It’s a great, real-world experience that takes the piggy bank to the next level.

Managing money
The best way for children to learn about money is to actually have some. Whether it’s allowance, income for chores, or birthday money, give them cash when it’s appropriate and let them choose how to spend it.

They’ll probably be tempted to blow it all at once, so talk to them about priorities. Should they spend their cash on candy right now, or put some away for that bike they’ve been saving for?

Don’t forget, teaching your kids to manage their money now can put them on the path to financial success later in life.