Wauna Credit Union isn’t just a name. It actually says a whole lot about who we are as an organization. The first part is Wauna, because we were founded by members of the Wauna Mill 51-years-ago. While, we’ve expanded some over the years, it’s only to neighboring communities. We’re local, and proud that our name represents that. The second part, credit union, means something too. A lot of people don’t realize that credit unions are different than banks. In reality, we’re actually quite different. We call that the Credit Union Difference, and it’s why here at WCU we want you to join a credit union. It would be great if it was us, but if you’re putting your money and getting your loans from a credit union, we know you’re being looked out for.

At Wauna Credit Union, we serve our members by listening. If you read our anniversary blog post — we like to call them Waunaversaries — you’ll hear people talking about The Member Advantage (TMA). Every single employee at WCU spends a weekend in training and multiple phone calls to learn the best process to ensure that we are asking the right questions, and listening, to help our members.

Asking and listening are a big part of it, but how do we know we are listening in a way that we actually hear what our members are saying. Last week, six members of the WCU family attended the Emotional Intelligence workshop hosted by LCHRMA at Tongue Point Job Corps in Astoria, where they learned more about how to consider their own emotions, as well as the emotions of the people they are speaking with to ensure true communication.

The workshop taught them the importance of first identifying their own emotions and preconceived opinions to understand their strengths and limits, and the importance of recognizing and regulating those emotions to get a clear mind to guide decisions.

In addition, the workshop focused on the importance of empathy, and identifying the impact other’s state of mind has on their interactions.

“It’s important for us to understand ourselves, and to work to understand others in all of our conversations,” said Anna Bennet of WCU. “TMA teaches us to listen and interview, before offering a solution, but we also need to work to understand what our members and colleagues are really trying to tell us. The Emotional Intelligence Workshop helped reinforce that idea that you only get valuable information from people if you are willing to put in the time and effort to hear what they are saying.”

The workshop not only provided value to the attendees, but will provide future value across the credit union, as those who attended share what they learned about emotional intelligence with their colleagues through formal training, and informal discussions.

Long-time friends Kinnell & Jon Steward and Dennis & Debbie Gorton always look forward to their annual camping trip with several other families, and the meal everyone looks forward to on that trip is Chicken Sundae night!  “We do it potluck style and everyone would bring some of the toppings.  As new families would join the group they would ask “what is this crazy dinner…I have never heard of a Chicken Sundae…we would just smile and say wait until you try it!” Steward said. 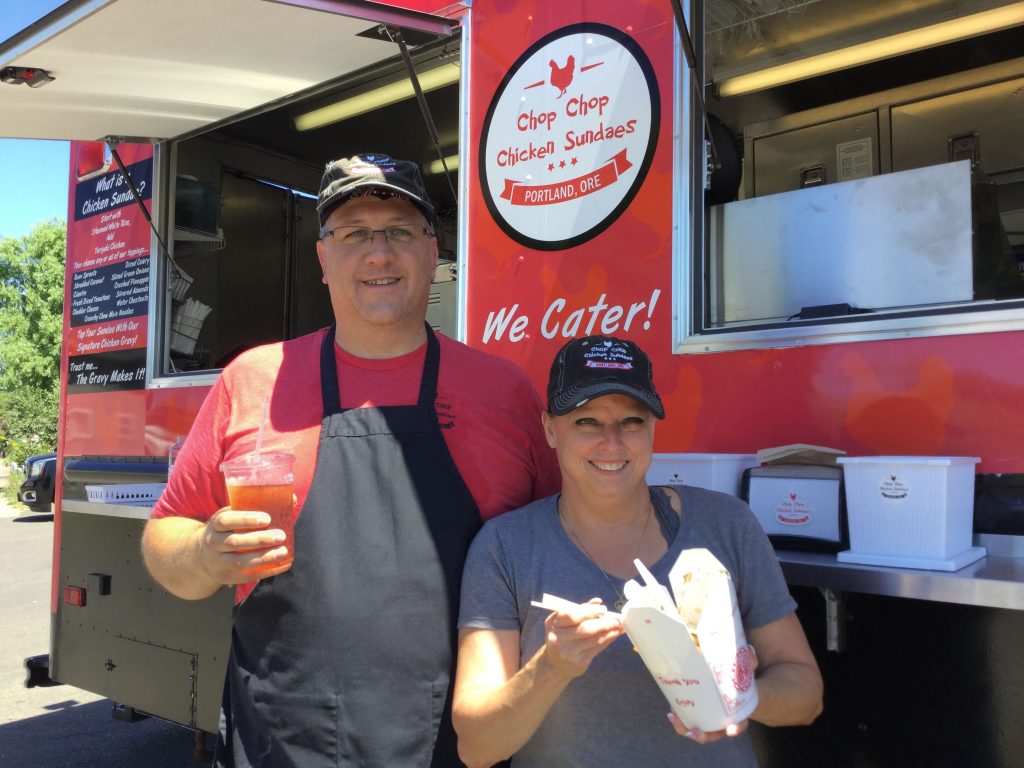 In the spring of 2015 the Gortons had an opportunity to sell Chicken Sundaes at a fundraiser for a friend who was battling brain cancer. They were an immediate hit!  That June during the camping trip, they decided to bring the Chicken Sundaes to the people.  The couples cobbled together their own money to buy equipment and supplies, and two months later Chop Chicken Sundaes made its debut at the 2015 Vernonia Friendship Jamboree.  Their first real event was a hit!

“We decided to see where this crazy idea would take us so we started selling at Farmers Markets and Events,” Kinnell said.  “We were a pop up restaurant, so we would pull up, unload our equipment, build a restaurant, prep our food, sell the food, clean up and pack it all back into our trailer. It was a ton of work. We knew that if we were going to keep following this dream we would need to find an easier way to do it, and that meant building a food truck.”

The couples researched and realized they would never be able to afford it on their own. The Stewards are long-time members with Wauna Credit Union, and presented their business plan to the Vernonia Branch. Right away Pam Weller, and the rest of the team at Wauna shared their vision, and went to work seeing how they could help the foursome realize their goals.

“The team at Wauna was super,” said Kinnell.  “Pam and Sue worked with us to get the business plan together, and gathered enough evidence to make the loan.”  Almost immediately Wauna’s faith in the business paid off and the friends were realizing their dreams of taking Chicken Sundaes all over the state of Oregon & beyond.

Chop Chop Chicken Sundaes has built a fanbase all over Oregon. “Even though it’s hard work at times, we’re having so much fun. We love talking to people, and introducing them to Chicken Sundaes,” said Jon. “We are so grateful to Wauna for seeing our vision and believing in us, we wouldn’t be where we are today if it weren’t for Pam and the team at Wauna.” 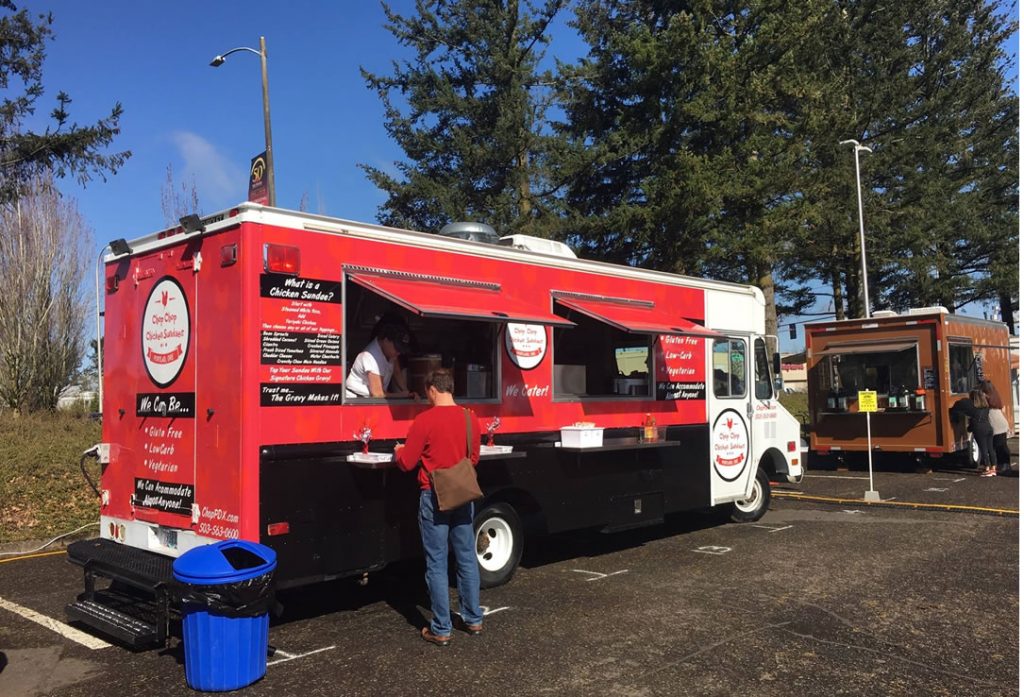 This Thanksgiving as we gather around a table, to join with our friends and family the holiday season really starts to kick into gear. While Wauna Credit Union is closed today so that our member-employees can spend time with their families, we also wanted to extend a thanks to our members. 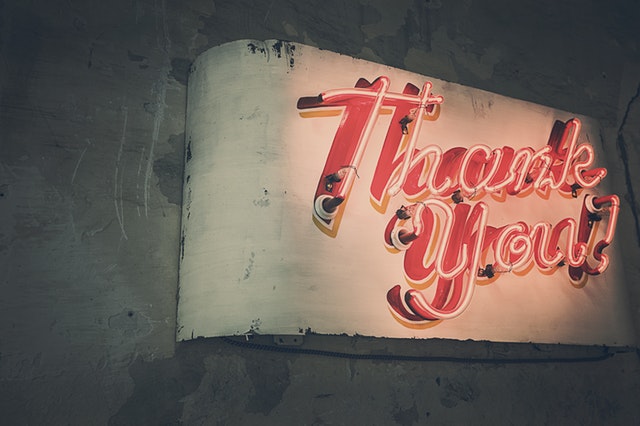 This season isn’t just about the food at the table, or the football on TV. It’s a time to reflect on our lives and what we are truly thankful for. This is just as important for a business as it is for individuals, so we wanted to take some time to write down what it is that we are all thankful for here at WCU.

We hope your holiday is filled with laughter and love this year! We welcome you to come visit us tomorrow as you get ready for your holiday shopping, and remember Triple Rewards Points start today through the 27th.

We’re also celebrating Shop Local with Columbia County Keep It Local, so come on by and support local businesses. 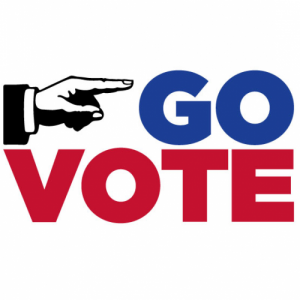 Like a bank, Wauna Credit Union has a Board of Directors, but the difference is, our Board is made up of volunteers, who have the same $5 share of ownership in the Credit Union that you or I do. They are not serving for high pay and dividends, they are civic minded people elected by credit union members who vote annually.

Our Board of Directors help govern and lead the credit union to best serve its member-owners. A credit union is not for profit like a bank is, it is for improving the lives of its members with financial services, education, and assistance, and that is all. Any profit made is returned to Credit Union members via lower interest rates and fees, higher yields, and community support.

At Wauna Credit Union the time to vote is here – From February 1 until Midnight on March 1, 2016, all members in good standing & who are 18 or over, are encouraged to vote for up to 4 candidates.

All members are also eligible to run for our Board of Directors, each autumn we have a Call For Nominations to invite all interested members to apply for candidacy.

To be part of our democracy in action, please vote: https://waunafcu.org/about/annual-elections.shtml