Wauna Credit Union has been growing like crazy. That growth, and our belief in promoting from within, means we have a bunch of new jobs throughout Clatsop County and Columbia County.

If you thrive on helping others, consider a career at Wauna Credit Union! Our employees are proud of our “people helping people” philosophy. They work hard to make a difference for others through Wauna CU’s mission and vision. Jobs at WCU are career opportunities in a growing credit union that believes in serving members.

Oregon Business Magazine even recognized us as a “Top 100 Nonprofit” to work for in Oregon. 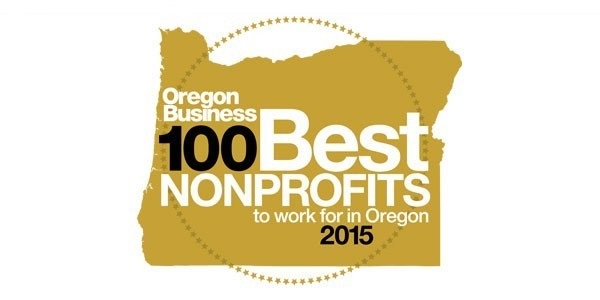 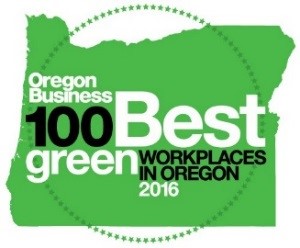 We put together a video to highlight what working for WCU is all about.

A more detailed listing of all job openings can always be found on our Careers Page: https://waunafcu.org/about/careers.shtml

Working at Wauna Credit Union is a great experience. Everybody who works here really believes in the benefits of credit unions, that means we have a family environment where everybody cares about each other and cares about doing the best job we can. WCU has seven branches now serving Clatsop County, Columbia County, Western Washington County in Oregon, and Pacific County in Washington. That growth is a direct testament to the members first attitude from our employees – who are members themselves – it makes us incredibly proud.

One of the things that WCU believes in is rewarding good work. There are always opportunities to learn new skills, and grow your career. With the credit union’s growth and true commitment to our employees’ careers we now have several job openings that we are actively looking to fill.

All of our jobs are listed on the Wauna Credit Union Careers Page https://waunafcu.org/about/careers.shtml. We are looking for people who thrive on helping others, who care about our members, our community, our environment and each other. People who work at Wauna Credit Union:

If you, or somebody you know, fits the bill and is looking for a career doing any of the following apply today. 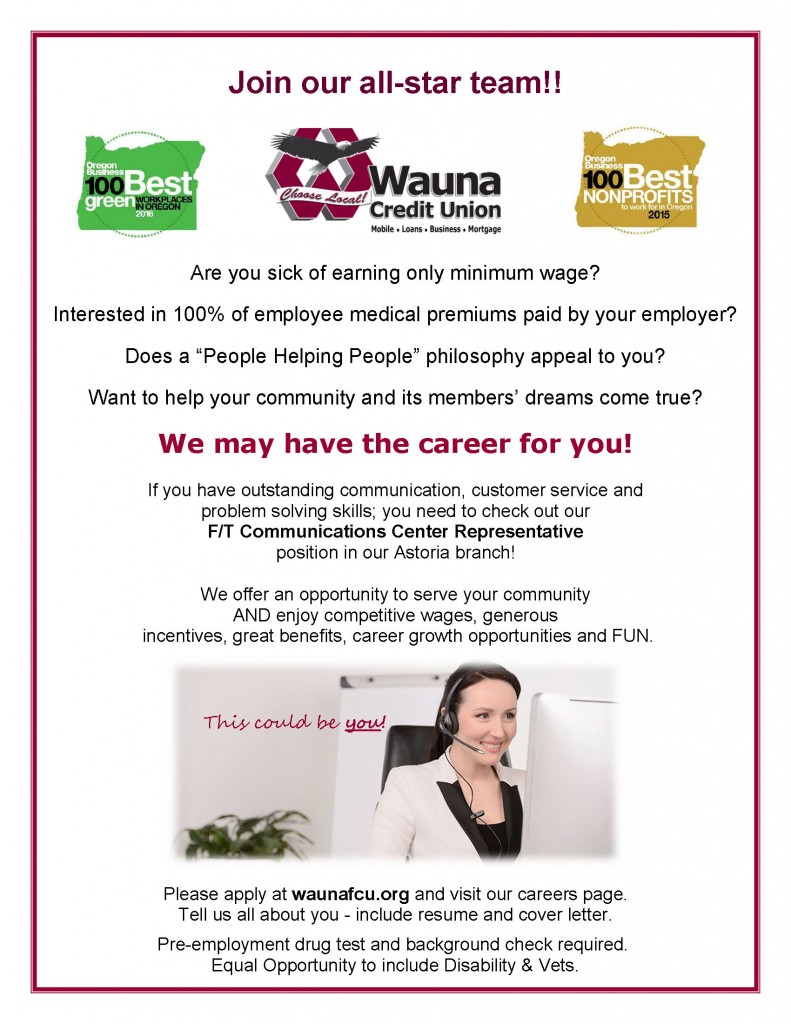 Are you sick of earning only minimum wage?
Interested in 100% of employee medical premiums paid by your employer?
Does a “People Helping People” philosophy appeal to you?
Want to help your community and its members’ dreams come true?
We may have the career for you!
If you have outstanding communication, customer service and
problem solving skills; you need to check out our
F/T Communications Center Representative
position in our Astoria branch!
We offer an opportunity to serve your community
AND enjoy competitive wages, generous
incentives, great benefits, career growth opportunities and FUN.

Please apply at waunafcu.org and visit our careers page.
Tell us all about you – include resume and cover letter.
Pre-employment drug test and background check required.