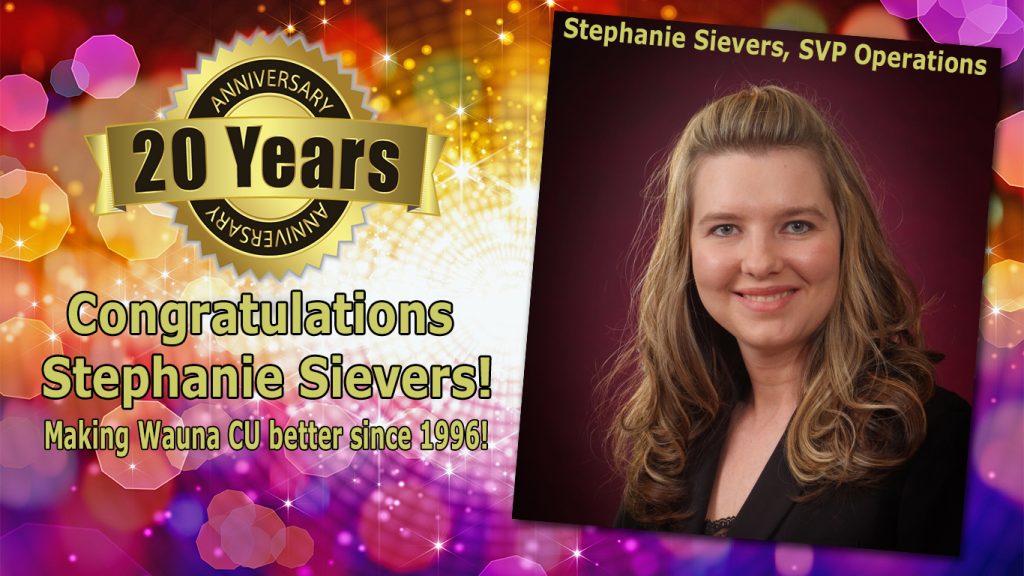 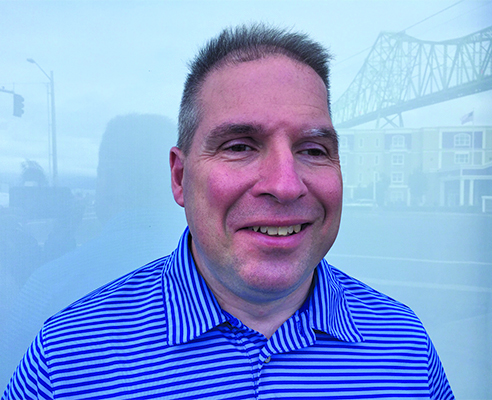 Please join Wauna Credit Union in congratulating Richard Bighill, as he celebrates his 20 year anniversary.  What a milestone!  On July 8 wa-a-a-ay back in 1996 Richard started his career at Wauna.  Wow, has he ever seen a lot of change in the past 20 years!

When Richard first joined Wauna he was our Administrative Secretary.  He reported to past CEO Eileen Cheuvront, and also to Debi Smiley, who was the Marketing Manager at that time.  He was very busy helping both bosses and in time he became the backup for the Marketing Department (which consisted of just one person).  He took meeting minutes, helped update procedures and other documents, made board packets, and had a plethora of other behind the scenes duties.  Richard was also in charge of supplies for all branches, and he continues to make sure we have all the office supplies, forms and miscellaneous items that we need to keep things running smoothly here at Wauna.  And he seeks out good deals!

In 2003, Richard became the Administrative Assistant to past CEO Dave Baggett who came to Wauna when Eileen retired.  Dave appointed Richard to be our official Wauna “Minister of Fun” (yep, you read that right!).  Employees looked forward to his jokes, fun facts and activities in our branches, and they were simply meant to add some fun to our day.  A few of us remember bowling with pumpkins, having paper airplane contests, and other fun games.  Don’t let Richard’s quiet demeanor fool you; he has a great sense of humor and comes up with the funniest lines at the most unexpected times.  But back to his work, Richard was also past CEO Bruce Mallory’s Administrative Assistant, so he has directly served 3 CEOs.

And then in 2005 Richard had the extreme good fortune to join the HR Department. He became responsible for payroll and variety of HR administrative duties that include all our insurance and 401k enrollments/changes, our HR system software, compliance assistance, on-boarding new employees, and much more.  He has experienced 3 payroll systems and countless insurance carriers in the past 11 years, not to mention all the new laws we need to comply with.  He continues to take on new responsibilities as our number of employees increases and our systems become more sophisticated.  Yes, many changes indeed!

A few things you might not know about Richard…  He has an identical twin brother (and Richard claims to be the better looking of the two!).  He will celebrate his 24th wedding anniversary this year (wow!).  He has 2 sons, he is a HUGE David Bowie fan, and a big fan of the Seahawks and the Mariners, too.  He loves cars, burgers, and chocolate (he always has a stash of peanut M&Ms).

Richard is very proud to be a member of Team Wauna and the HR Department, and he enjoys serving all our employees.  Please be sure to give him a high five and thank him for all he does here at Wauna.  And a big “Go Seahawks” is always welcome!)

Richard, thanks for your dedication, your work & your positive outlook for all these years.  Happy anniversary and congratulations!!